Spring is here!  The sun is out, the days are longer, the grass is growing and the flowers are blooming.  There is a sense of renewal, rebirth, hope.  For some though, spring brings misery as the trees, grasses and weeds release pollen into the air and cause those pesky allergy symptoms.

Allergy symptoms such as runny nose, sneezing, postnasal drip, and swollen itchy eyes are mainly caused by the release of histamine in the blood.  Oral antihistamines such as cetirizine (Zyrtec), loratadine (Claritin) and fexofenadine (Allegra) are very helpful at reducing allergy symptoms.  Sometimes they are not so effective at controlling the itchy swollen eyes, however, and other remedies are needed.

Eye drops can be a very helpful adjunct to treating seasonal allergies.  There are several types that can be effective, with different mechanisms of action.  One of the first to try are lubricant eye drops, which are artificial tears and don’t contain medicine, so are safe for everyone.  These work by lubricating the eye’s surface and washing away the allergens that come in contact with the eye, causing the histamine release.  Decongestant eye drops, such as tetrahydrozoline (Visine) reduce redness and swelling by constricting blood vessels.  They generally don’t do much for itching.  Combination of drops that have vasoconstrictors and antihistamines (Naphcon-A, Visine-A, Opcon-A) reduce eye redness and relieve itching.  Ketorolac is a non-steroidal anti-inflammatory eyedrop approved for seasonal allergies.  Topical antihistamine drops include olopatadine (Pataday) and ketotifen (Zaditor, Alaway) and are now available over the counter.  Antihistamine drops usually relieve the itching quickly after instillation.  Epinastine and azelastine are a combination of antihistamine and mast-cell stabilizers, which work to prevent the release of histamine in addition to reducing circulating histamine.  For patients with seasonal allergies, it’s often helpful to start the mast-cell stabilizers a few weeks before allergy season hits, to prevent or reduce the severity of the allergy response.  In some cases, short bursts of topical or oral steroids are necessary to control symptoms, though these cannot be used long term.

Antihistamines and decongestants, whether oral or topical, should be avoided in patients with narrow angle glaucoma, since they can cause pupils to dilate and precipitate an attack.  If you have any doubt whether this applies to you, an ophthalmologist can answer that question during an exam.

There are ways to reduce symptoms without using medication as well.  Keeping the windows closed and vacuuming at least once a week to reduce pollen and dust mites in the house is helpful.  Showering once or twice daily to wash off pollen and dust and washing clothes frequently can help.  Cold compresses to the closed eyelids and using refrigerated artificial tears is very soothing and can reduce swelling.  Avoid rubbing the eyes!  This reduces more histamine and can exacerbate the symptoms.

I hope this helps you face the spring with less trepidation and more enjoyment. 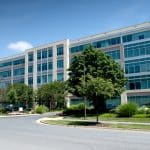 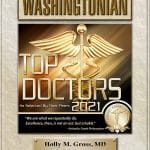